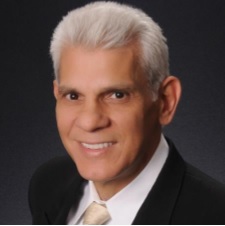 Vincent Scilla has over 30 years of experience in the financial services industry. His areas of expertise are pricing and profitability, organization-wide ROI assessment, strategic planning, merger & acquisition and due diligence planning, conversions and system integration.

During his career he has been a leader in over 30 due diligence projects and 15 mergers & acquisitions including the Chase Mellon Shareowner Services merger, the BNY Mellon merger, and the acquisition of CST Trust Company and DF King.

Vincent played a leadership role in the Demutualization and IPO of The Metlife Inc., the largest transaction in the securities transfer industry history with over 12 million policyholders becoming registered shareowners for a single issuer.

Throughout his career, he has been the driving force to deliver large-scale, complex projects on schedule and within budget. He has been recognized as being a leader in times of crises. Under his leadership, VMS has built a world class team of financial services talent.

Prior to founding VMS in 2002, Vincent was the Chief Information Officer (CIO) for ChaseMellon Shareowner Services for ten years.

Vincent was a graduate of Carnegie Mellon University’s CIO Program and earned his Series 7 license during his career at ChaseMellon.